The FIFA World Cup 2018 is set to begin on 14th June, 2018 in Russia. It is passionately known as just “Football World Cup” in, not only Bangladesh, but in most parts of the world. Football World Cup is easily the most popular, decorated, and truly world event of the sports industry. When it arrives, the world takes notice. This is the 21st edition of the FIFA World Cup and it will be held in 12 stadiums across 11 cities in Russia. It is an incredible display of world football, by 32 qualifying nations, who will be playing on-field while the world watches.

The World Cup Fever of Bangladesh is tiny in comparison to its global appeal. However, the craze in Bangladesh is not small in any scale. Whether it’s the crazy fans, the dramatic rivalries, the billions of flags & football jerseys, or the countless emotions, the craziness displayed by the Bangladeshi people to celebrate the Football World Cup is nothing less than a spectacle – a national festival!

Double Celebrations: A stadium in every home

There is a reason for double celebrations, as the majority Muslim population of Bangladesh is set to celebrate the first of the two major Islamic Festival, Eid-ul-Fitr on the 16th or 17th of June, 2018 (depending on moon-sighting as per the lunar calendar). Falling just a few days within the beginning of the World Cup, fans & followers of world football will have plenty of time to enjoy the games during the national holidays.

Every home in Bangladesh will decorate a stadium for the biggest global sporting event in the form of the Television. It is no rumor that every holiday means a spike in sales of TVs but none as much as the Football World Cup. Interested consumers are roaming from one showroom to another in search of the best deal. Salespersons, store owners & TV companies are attracting consumers with various offers to benefit from the best time for generating sales in the year.

There is an incredible demand for larger screen TVs such as LEDs, LCDs, HDTVs and Smart TVs. The season’s best-seller is undoubtedly Smart TVs with the rising availability of Wi-Fi connectivity. Consumers of today are also showing interests in shopping online to benefit from the variety of online shopping discounts, cash back offers, no-interest installments, delivery discounts & more.

Every family and every member, no matter how young or old in age, is interested in watching the World Cup and most prefer to catch the live matches from Russia LIVE on a big screen TV. The national TV broadcaster Bangladesh Television (BTV) has acquired the TV rights for broadcasting in Bangladesh. Also, private broadcasters Maasranga & Nagorik Television will also be broadcasting the FIFA World Cup 2018 Live to the audience in Bangladesh.

Bangladesh will be doing more than just watching the Football World Cup in Russia this year. Every citizen of Bangladesh will take pride in knowing & seeing world class football played by global superstars wearing kits with a tag “Made in Bangladesh”. Bangladesh has exported football jerseys, jackets, socks, shorts, national flags & other sports items in this year’s World Cup, much like it did in 2014.

Bangladesh garments industry is known globally for its fine export products. While it is unlucky for local residents that these export quality products are not available for sale in local https://bikroy.com/ marketplace of Bangladesh. Fans, players and officials from Brazil, Germany, France, Spain, Belgium, Argentina, Portugal & more will wear player jerseys, fan jerseys & country football jerseys during the world cup in Russia.

While the achievements of Bangladesh in football jerseys & sports items export worldwide is commendable, it is very little in relation to the global garments export market. As a nation & its citizens, it will be of great pride for our contribution to be more & more significant globally. The government & its citizens (businesses) are equally responsible for taking initiatives for more achievements in the global market.

These kinds of events help this poor nation economically in many ways. Like the sales of originals, there are replica football jerseys and team flags which sell like hot cakes. In addition to high-end products such as TVs experience the highest rate of sales during this time.

The loyalty of fans in Bangladesh is without doubt a phenomenon. Whether its die-hard support for a particular team, age-old rivalries between football teams, or going to extreme measures to express their love affair with the game, nothing comes close to the craziness of the people of Bangladesh. Rich or poor, every fan loves to support their team and does not compromise in expressing it.

The 69-year old, Amjad Hossain, began his love affair with Germany when it hosted the World Cup in 2006 and his unique reasoning was German medicine that helped him during treatment of his gallbladder stone. This resulted in a world record love affair which he expressed by making the largest German flag. He sold his farming land to extend his flag size even more last World Cup, which Germany won.

Many others like Amjad are diehard fans of teams, especially Brazil & Argentina. Flags are decorated in everyone’s houses, buildings, apartments, streets, stores, vehicles, etc. Brazil & Argentina have the largest number of followers and are rivals of the best kind. Babies, kids, youngsters, adults and even elders, are all very vocal in supporting their particular team and go to every measure to express themselves with team colors, football jerseys, team flags, etc.

One of the most booming businesses during this season is making of flags. It is an incredibly in-demand trade these few months where thousands of flags are sold every day. Ahead of the Football World Cup, the team flag of Bangladesh is almost nowhere to be seen as the streets are taken over by Lionel Messi’s Argentina and Neymar’s Brazil, amongst other hot favorites.

Approximately 4 million laborers work in the garments industry of Bangladesh which supplies billions of dollars of products all across the globe. But this season, the boom in flag making and sales means some very helpful extra income for poor laborers. As widely known, the poor working conditions are still a worry although major progress has been made in recent years. But the low pay for workers seems to be a lingering problem which companies benefit most from.

Bangladesh, a nation which lives & breathes Cricket diverts all of its crazy love & passion towards the Football World Cup for this handful of days.  Every four years, this country of over 160 million celebrates the craziness of football in the odd hours of the nights or day, through hardworking days and leisure. Regardless of where the game is being played, the Bangladeshi people enjoy every moment like the stadium.

Fans across Bangladesh celebrate & love players from various countries around the world and show their team flags the respect, as they would.

Nobody Will Tell You This about Buying Your Home in Bangladesh

Top Selling Smartphones of This Season in Bangladesh 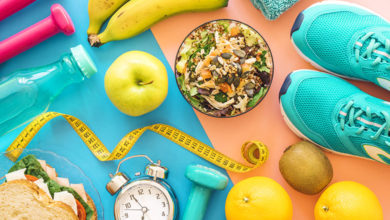 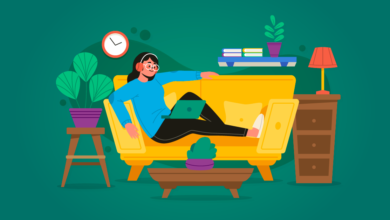 Nintendo’s Newest Console is a Headturner