According to a recent research conducted by “Somra MBL Ltd”. titled as ‘Online Brand Health: Market Research Report’; most people consider Bikroy.com, the largest marketplace of Bangladesh as the ‘Top-of-Mind’ website among all the buying-selling websites. Recently a survey has been conducted among 2,400 internet users. Out of them, 70% were from Dhaka, 20% from Chattagram and 10% from Sylhet. All of the participants were regular internet users and aged between 18 to 40 years.

Top among the local websites and No. 4 among international websites

According to the survey results, Bikroy has been on the Top-of-Mind of the people for three consecutive years. Among the international websites, Bikroy is ranked at the fourth position with Facebook in first and Google and YouTube in second and third position respectively. After Facebook, Google and YouTube, Bikroy is not only the best choice for everyone but is also ahead of other local online sites which are in the preferred list of the customers. Bikroy is the first choice of 69% people among all the online sites. Since inception Bikroy has been the top buying-selling online marketplace in Bangladesh. 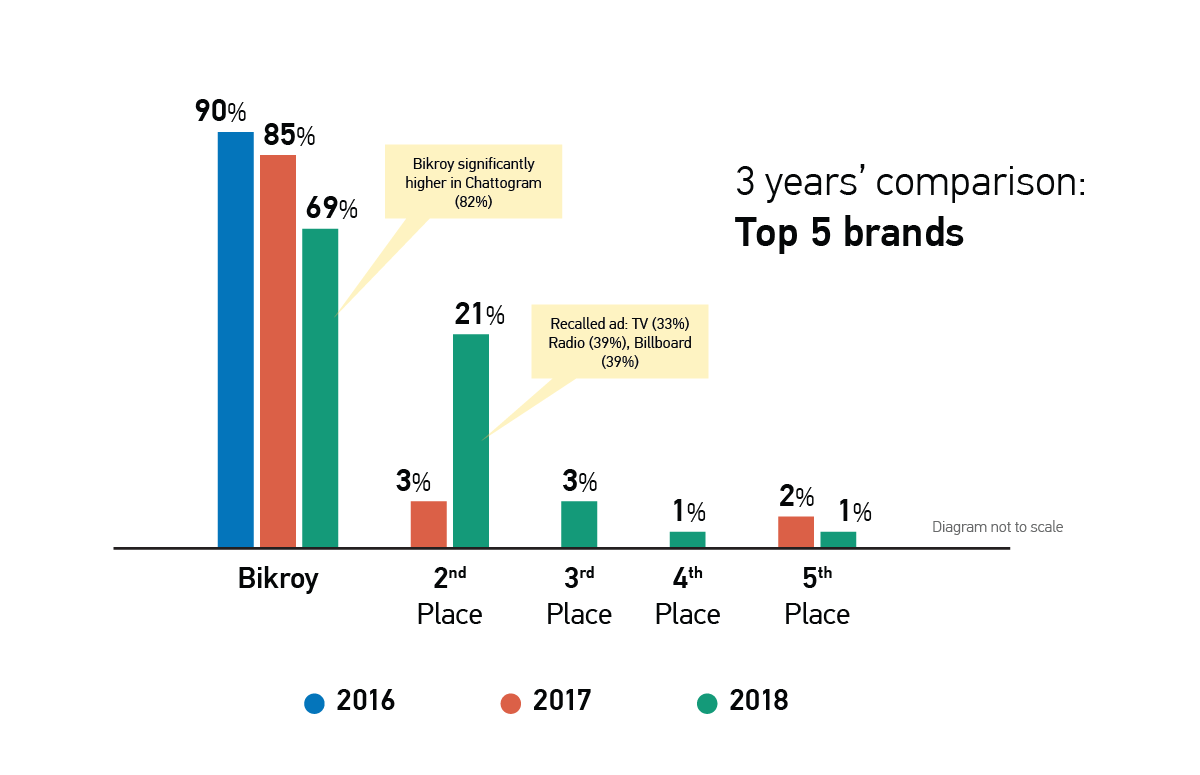 Like the previous year, Bikroy.com holds the top position this year as well in the Top-of-Mind share. It also holds strong positions in different categories. Bikroy has built the supremacy in the market for buying-selling mobile phones. According to the research findings, 75% of the survey participants are interested in mobile/tablets, 19% in laptops, 10% in cars, and 6% in jobs and property category. 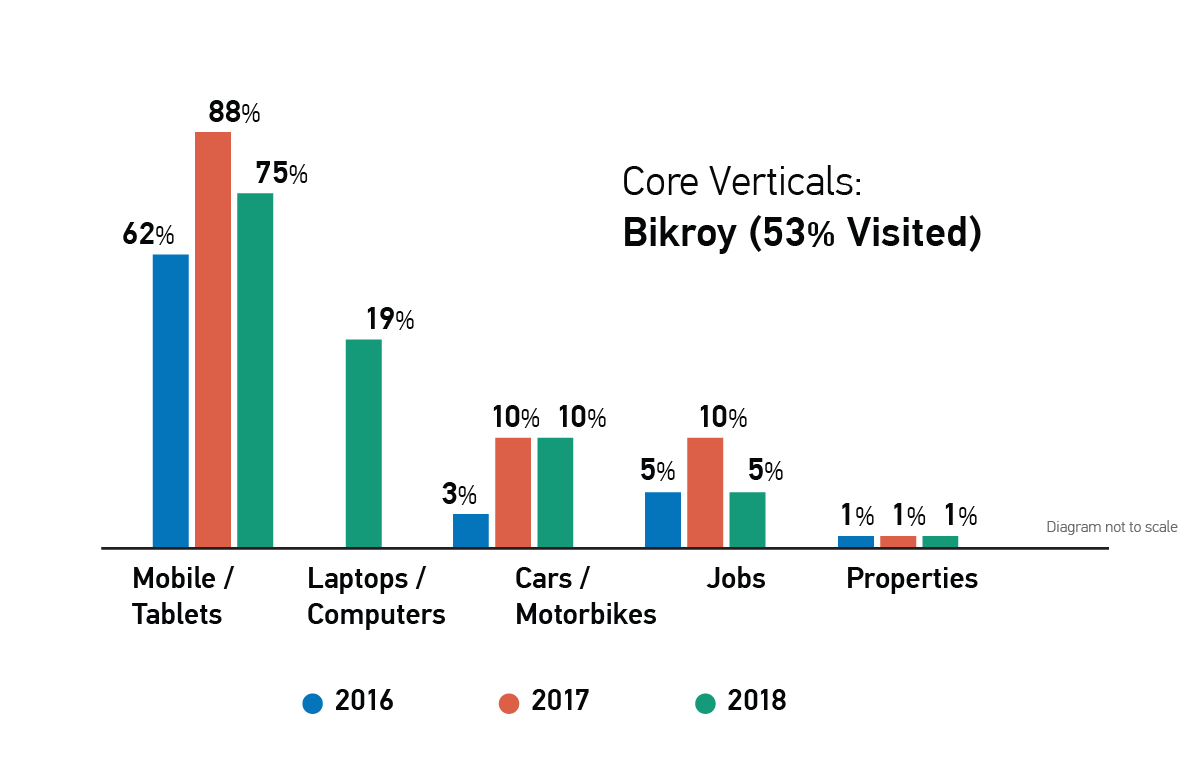 Just like 2017, Bikroy is leading the position for buying-selling 2nd hand products in the market this year as well. Bikroy has been able to counter Facebook by being in the top position with 69% effectiveness, whereas Facebook is in the second place with 33% effectiveness. 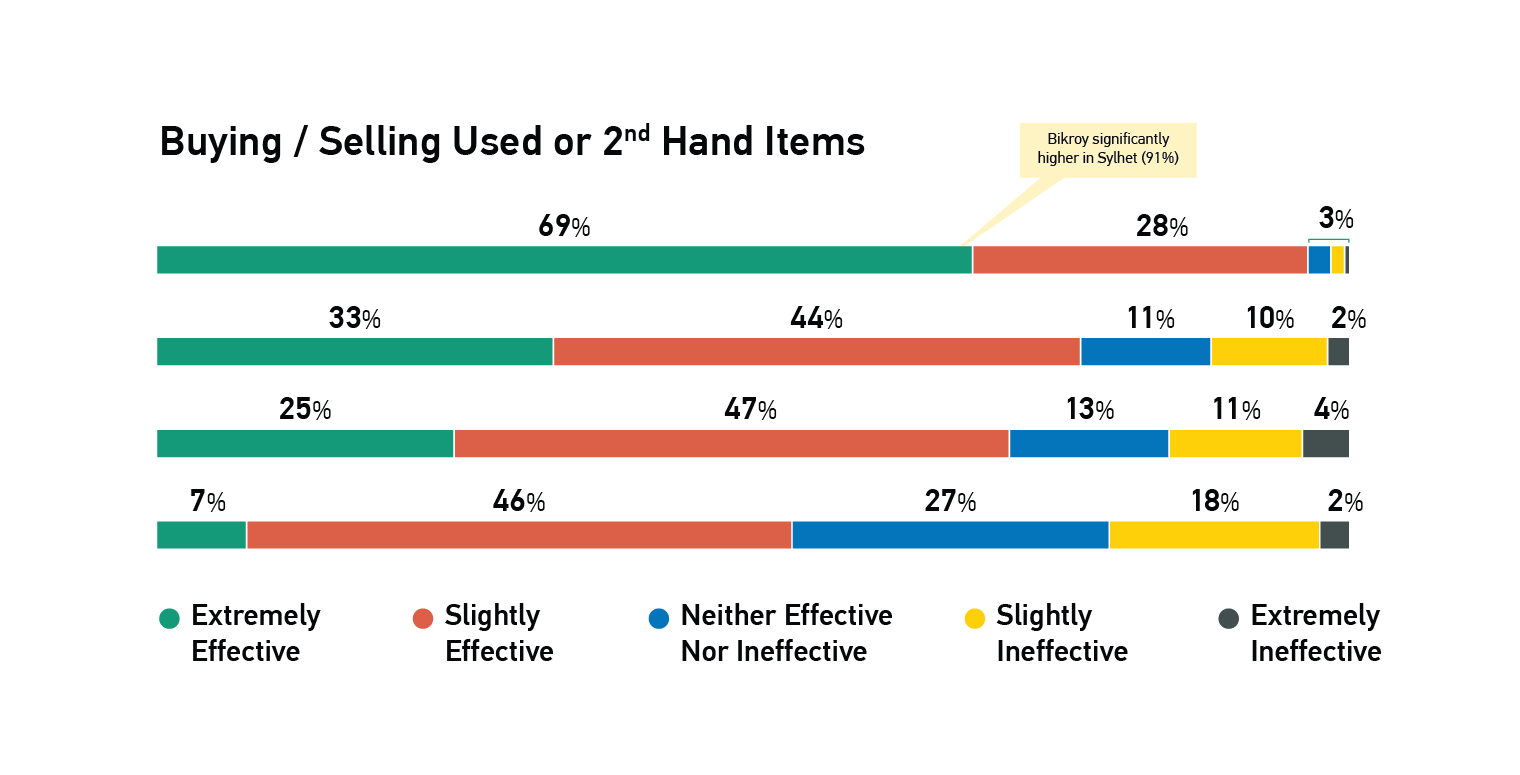 A trustworthy market for mobile sellers

Mobile phone sellers have kept Bikroy.com at the top of their preferred list. According to the research report of Somra-MBL, 65% of the participants in the survey chose Bikroy to sell their products without a second thought. Only 26% of people chose to use the other site that holds second place. Similarly, the sites in third and fourth place were chosen by only 25% and 7% of the participants. 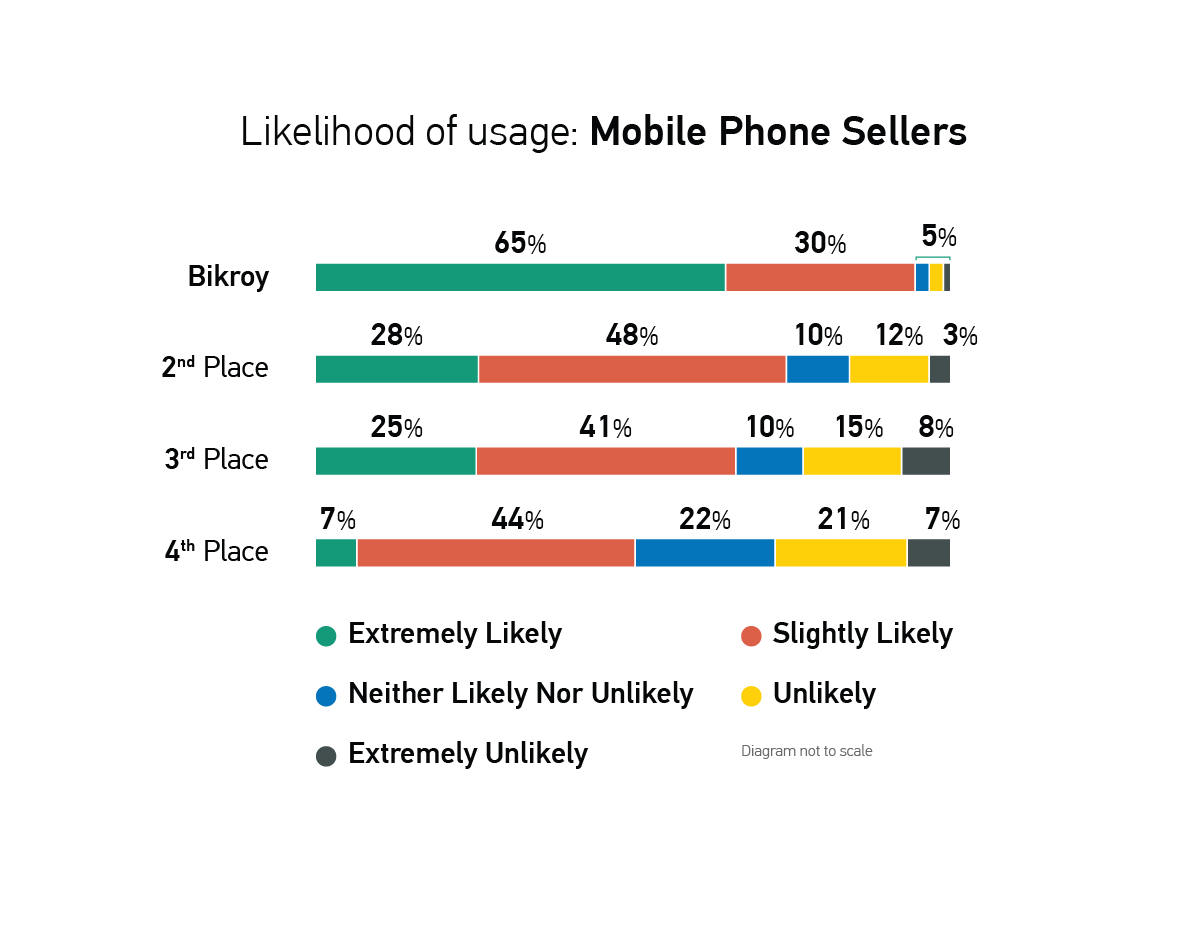 According to the report, more than half of the buyers first check online before buying a car or motorbike and their favorite websites to do that is Bikroy.com. 68% of the respondents said that they check Bikroy.com first and 29% respondents check only sometimes. 28% people prefer to visit the second-placed site on this list. Similarly, 16% visits the site, 8% the fourth, and 5% the fifth. 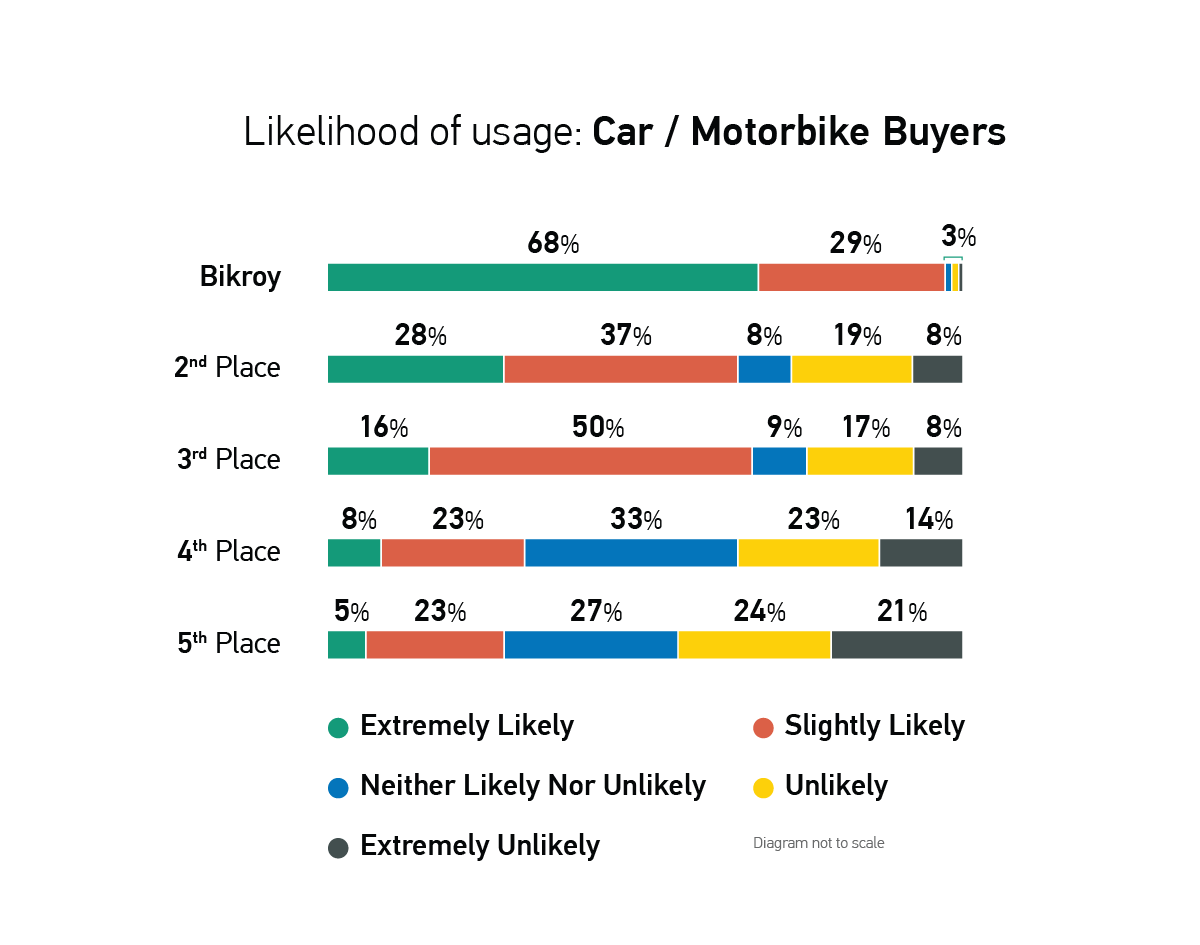 Like every year, Bikroy has initiated this research this year also to review the overall brand health. This research provides a detailed insight into its major operating categories such as cars, properties, electronics products, jobs etc.

Why Investing on Lands in Bangladesh is The Best for Your Future?

Bikroy-Google Partnership Paves The Way For A Smarter Job Market