Driving cars in Bangladesh is a big responsibility that should not be taken lightly. Although most people do not think about it, driving is a dangerous activity if the right precautions are not taken. Cars, vans, trucks and other motor vehicles are all potentially lethal weapons that could easily kill a person if the driver is distracted for even a few seconds. Therefore, a person who is driving a motor vehicle of any kind needs to have their complete and undivided attention on the road. Even the slightest distraction could result in the death of the driver or pedestrians who are walking or on bikes. Unfortunately, there are still far too many vehicular fatalities that could be prevented if people took the act of driving more seriously than they do. Much of driving safety comes down to basic common sense. If there is a very heavy rainstorm where you can barely see anything in front of you, common sense tells you to avoid driving until the storm has passed. Likewise, there are other dangers that drivers of cars in Bangladesh can easily avoid if they just use their brain.

The dangers of using a mobile phone while driving a car

For many years, drunk driving was one of the biggest causes of driving accidents, injuries and fatalities. However, the invention of mobile phones has created a new danger on the roads. Now many people are talking on their mobile phone while they are driving cars, vans and other motor vehicles. This lack of concentration often leads to tragic consequences. The problem of people using their phone while they drive has become a worldwide epidemic, with many countries around the world reporting large amounts of accidents, injuries and fatalities that are directly related to a driver using a phone while driving. The problem has become so bad that the governments of many countries have made it illegal to hold a phone in your hand while you are driving. However, using a hands free device to talk on the phone is legal because the person can use both hands to hold the steering wheel.

Texting while driving is a deadly decision

Talking on mobile phones while driving is dangerous, but it still allows the driver to keep their eyes on the road. However, there has been a large increase in accidents caused by drivers who were sending a text message while they were driving. Obviously, in order for a person to send a text message, they must actually take their eyes off the road for short periods of time so they can type the message. This period of time when the driver is not looking where the vehicle is going has caused thousands of people around the world to needlessly lose their lives. If a vehicle is traveling at a high rate of speed, it can travel a long distance in only a few seconds. This is enough time for another vehicle or pedestrians on bikes to go in front of the car without the driver noticing it. In an attempt to stop people from texting while driving, governments around the world have launched advertising campaigns to warn people about the dangers of this activity. Many celebrities have volunteered their services for this worthy cause by offering to appear in television public service announcements that tell people to avoid texting while driving.

Although using a phone while driving is a danger that the media talks about very often, there is another danger that does not receive nearly as much publicity. This danger involves people who are too tired and decide to drive a vehicle anyway. Sleep deprivation, also known as tiredness, is a huge problem because many people have busy lives that do not allow them to get their required amount of sleep. People who work full-time and have children are often tired. However, when they decide to get behind the wheel of a motor vehicle, their tiredness can cause other people or themselves to be killed in a car accident. Tiredness is a problem frequently seen in people such as truck drivers who need to drive for many hours in a row without resting. Truck drivers are under pressure to deliver their cargo to a certain destination by a certain time. Therefore, they do not have the luxury of stopping and resting. At some point, a person’s body will shut down if it needs sleep badly enough. If this happens when a truck driver is on the road, his truck could cause a massive amount of destruction and maybe some deaths.

How can these things be avoided?

As mentioned earlier, many tragedies on the roads of Bangladesh can be avoided simply by using common sense. If you feel that you are too tired to drive your vehicle in a safe capacity, ask a friend or family member to drive you to your destination. This is a decision that could literally save your life and the lives or other people. If you do not have a friend or relative who can do the driving for you, call a taxi. You may also want to get some rest and delay your trip until a later time.

Likewise, there is no need for you to send text messages while you are driving. There is no message so important that you can not wait until you reach your destination to send it. If you do need to communicate with people while you are driving, you should buy a hands free device that you can connect to your phone. There are many of these devices to choose from at various prices. A hands free device will allow you to make and receive phone calls by using voice commands. You will be able to keep both hands on the steering wheel at all times. This will ensure you always have complete control of the vehicle. You can find hands free devices at most electronics stores. 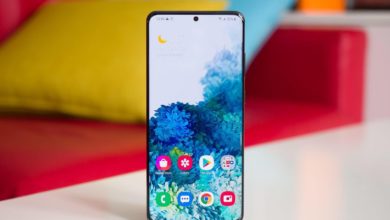