Why convert to CNG?

Cars are everywhere in Dhaka. A vital part of living in this fast-moving city is transport. Everyday, thousands of people commute in their cars, going about their lives. Our cars quietly (and some not so quietly) serve our needs. It definitely goes without saying that proper maintenance of cars can make life much easier for us Dhaka dwellers.

Concurrently, choosing the right car for you and your family is also a very important decision. To know more about the best selling cars in Bangladesh, check out our article Top Five Most Selling Cars in Bangladesh.

The amount of traffic jams in our country, especially in Dhaka has been overwhelming lately. This means that people spend a lot more time in their cars waiting on the road. Petrol consumption is a matter of concern for anyone that owns a car. Consequently the vast majority of cars in this city are modified to run on an alternative type of fuel known as CNG.

Compressed Natural Gas (CNG) is a clear, odorless and non-corrosive gas that is used as a cheaper and environmentally cleaner alternative to the traditional petrol which is produced from fossil fuels. CNG is now a popular source of fuel that drives cars as well as other vehicles in Dhaka. In fact, the implementation and usage of CNG in cars in all of Bangladesh has seen such a massive surge in recent years that nowadays we rarely see a car that is solely petrol-driven.

How to convert from petrol to CNG and how much does it cost?

The process of changing from a petrol run car to a CNG run car is quite simple in our country. The only thing you really need to do is take it to the workshop or garage! The experts there will assemble the parts and components required to make the conversion. The whole process does not require a significant amount of time. If done right, if may take roughly 5 hours or so. The conversion would cost you an average of 60,000 BDT, and this figure can vary depending on where and when it is being done. But this one-time cost is somewhat reasonable if you consider the alternative: running your car on petrol and incurring a much larger fuel cost in the long run. However, petrol can also be used in a way that can save you some money with the usage of correct techniques and tips. To learn more about how you can save fuel cost you can check out our article Ways to Reduce Fuel Cost in Bangladesh.

CNG: The good and the bad

Let’s take a closer look at how CNG affects the life of our cars and vehicles.

New and upcoming cars with CNG

A car with built-in CNG engine is much better and safer than one that goes through a third-party conversion  Some new CNG cars are being introduced in our country and this can mean something better for people looking to buy a car in 2019. Some of these new cars have been listed below.

Buying a car or converting you existing car is always a big decision. For buying a new or used car, visit Bikroy.com and you’ll find thousands of advertisements for cars. Some of these are already converted from petrol engines to CNG engines. Whichever source of fuel you prefer, we hope this article has been able to shed some light on the topic to help you make a more informed decision. If you’re looking for a new car for your family, then you can read our article Choosing the Best Family Car in Bangladesh! And of course, if you happen to be a car enthusiast in general, a more in-depth look at the Car Market in Bangladesh Based on 2018 Statistics might just be the thing for you. So look no further, we’ve got you covered. Check out Bikroy.com for the latest CNG cars and petrol cars and bring home a car today! 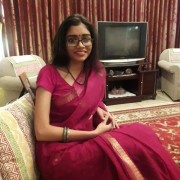 Types of Information You Should Seek Before Applying for a Job