Bangladesh is an exotic locale full of wonderful (and sometimes weird), fascinating animals. Here are 10 of some of the most interesting ones we have found:

The Royal Bengal Tiger is the national symbol of Bangladesh, yet it is now on the endangered list. The tiger resides in the Sundarbans. Its gold and black markings provide useful camouflage in the wild. The males can weigh up to 180 kg and are 3 metres long. The biggest known tiger is the Siberian tiger at 300 kg and 4 metres long.

There are many varieties of deer that reside in Bangladesh.

Sambar Deer are the most widely known and one of the biggest types of deer. They are found throughout many countries within Asia. Males are about 135-150 cm tall at the shoulders and weigh up to 300kgs. They can live up to 20 years and are prey to the previously mentioned tiger, which can keep the tiger full up to four days. They are known for being alert and calling out alarms to each other when danger arises. They reside in the northeastern and eastern hills.

Chital (or Spotted) Deer differ from the Sambar deer in that they will shout an alarm and run away when a predator is seen. They travel in herds up to 30 deer led by up to 3 stags. They are a beautiful fawn-colour peppered with white, and they are also commonly found in Sundarban. They grow up to 90 cm tall and can weigh up to 85kg.

Barking Deer are known for sounding like barking dogs when they alert their herd of impending predators. They are the smallest deer in Bangladesh, and have small antlers and teeth during their breeding season.

Mostly found in the Sundarbans, primates are spotted all around Bangladesh.

Hoolock Gibbon apes are known as singing apes because they defend their territory by whistling songs which let others know where they reside. They also mate for life.

Slow Loris is another endangered species on our list, although this one is critically so. Living alone and coming out at night, they feast on foliage, fruits and insects. They live in the northeastern and southeastern forests.

Rheusus Macaque live in groups of up to 78 primates. They also eat insects, fruits and foliage, and can be found in both human settlements and the forests.

Pig-tailed Macaque are so named because of the way the fur on their head looks like little pig-tails. Also critically endangered, they live in groups of up to 26 primates among the northeastern and southeastern forests.

Hanuman Langur are another critically endangered species. They live in groups up to 25 and can only be found in the central southwest, in the human settelement of Keshobpur.

Also an endangered species and therefore protected, elephants are confined to the eastern forested hills. There are only about 350 wild elephants left in both India and Bangladesh, and about 50 domestic elephants. This breed of elephant is smaller than its African counterpart, but the average size of a male can still grow to be around 2.7 m high and weigh about 2.7 tons. Elephants are actually much smarter than previously thought, and have actually shown emotions such as mimicry and altruism. They are frequently trained and used as vehicles for safaris.

A recent and rare discovery, these dolphins of Bangladesh inhabit the Indian Ocean. They are endangered by habit changes, climate change and fishing nets, but seem to have found a sanctuary in Bangladesh. The Irrawaddy dolphins can grow to be up to 8 feet long, not much bigger than a human, and are distinguishable by their more bulbous head. They can spit water, which is an unusual trait for the species. The biggest traveling pack will consist of no more than 6 dolphins.

The Black Giant Squirrel lives in the trees found in northern Bangladesh, avoiding the human settlements. They can grow up to 58 centimetres long (not counting the tail, which can get up to 60 centimetres long). It is black on its back, ears and tail with a light-colored front.

The Bhutan Giant Flying Squirrel is also found in the forests of north Bangladesh. It has bright brown fur with orange tips.

The Irrawaddy Squirrel is much smaller than its Giant counterparts. There are seven subspecies of this type of squirrel, including Pallas’s squirrel (with varied colored underbelly), Plantain squirrel (pests to fruit farmers) and Prevost’s squirrel (with black back and white underflankings).

Although usually thought of as pests, some people actually see rats as pets. However, rats in the wild grow much larger than a typical house-rat.

The Lesser Bamboo Rat may be called Lesser, but it is big enough to fit in your hand.

The Lesser Bandicoot Rat (also called the Indian Mole-Rat or Pig-Rat) can grow to be up to 40 cm long. They grunt when they attack, living up to their name as a pig-rat. They can also be aggressive in households when threatened.

Oxen (adult castrated male cattle) are useful in Bangladesh, especially in farming communities. They can transport, plow, skid logs or thresh hay, which makes them excellent farm animals. A pair is better than just one, especially for hard work. They are stronger than horses and much less excitable.

466 bird species have been recorded in Bangladesh. Birds are popular as pets, but there are also other fascinating varieties found in the wild.

Tropicbirds are white all over and derive from tropical oceans. Of only 3 species in the world, one lives in Bangladesh.

Flamingos are not just lawn furniture; they are also found predominantly in the Eastern
Hemisphere. Of 6 worldwide species, one populates Bangladesh.

Pallas’s Fish Eagle (or Band-Tailed Fish Eagle) has mostly brown fur with the exception of a white face. They eat mostly large freshwater fish. They are known for carrying large amounts of prey, sometimes twice their own weight.

Jacanas are tropical waders found throughout the Tropics. They live in shallow lakes and walk easily on floating vegetation using their giant feet and claws. 2 of these species live in Bangladesh.

Nightjars is a fitting name for unusual nocturnal birds who nest on the ground. They are of medium size with short legs and tiny feet, long wings and short bills. Their coloring resembles leaves or bark. 3 of these species are found in Bangladesh.

Birds are not the only types of pets in Bangladesh; dogs are also beloved companions. The Lhasa Apso is one of the more popular breeds. They originated in Tibet and are recognizable by their long, straight hair that usually skims the ground as they walk. They come in all types of colors. They make wonderful guard dogs, as they are very loyal to their owner while being wary of strangers. They can live anywhere from 14-20 years and have few health problems. Whether the wildlife of Bangladesh is out on the plains or in the wilds of your own backyard (in the form of a family pet), there are many interesting species to see and learn about.

What are the Real Estate Prospects for Bangladesh in the Next Few Years?

Qurbani Eid made easier with on-demand Cow Transport by Bikroy and Sheba.xyz!

Bikroy Offers 70% Qurbani Discounts on Mirkadim Cows and Other Animals 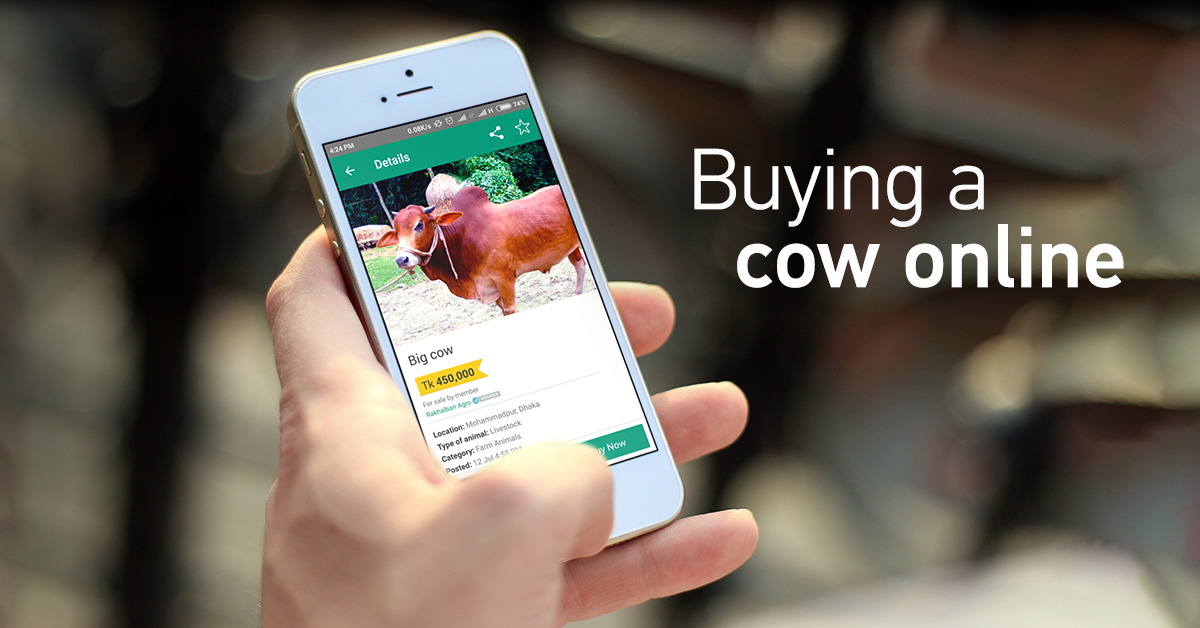 Tips on buying a cow online